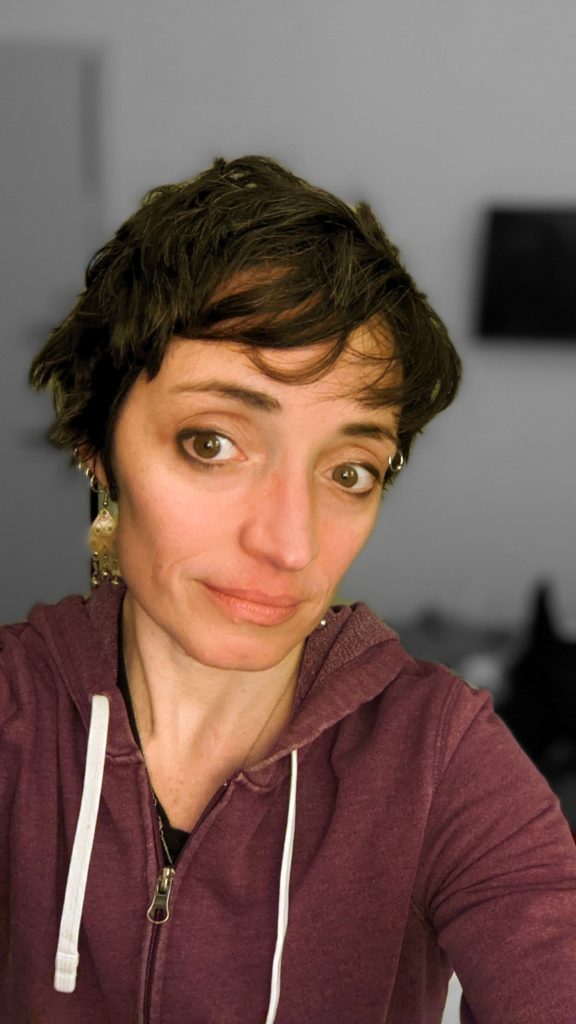 I went to Ithaca College with Katharine Clark Gray. Even back then, her sharp intelligence and pure talent were clear and refined. I still remember sitting the dark theatre freshman year, completely astounded by her luminous performance as The Bride in Blood Wedding.

One of the best things about being a creative person and growing up around creative people is getting to see how their work grows and evolves, and how they navigate the world with that creative spirit. It’s a great joy to watch Katie bring her keen perspective and theatrical sensibilities to all of her creative endeavors, including the 2016 film, The Paper Store, which she co-wrote and produced. I’m obsessed with the podcasts she works on (the Isabel Allende interview she mentions below is one of the greatest things I’ve ever listened to — and I’m not being hyperbolic).

I’m so thankful to know Katharine Clark Gray and happy to have her back for 3 More Ws. You can read her original interview here.

When did you discover your creative calling(s)?

Both as a kid and like, every three years or so. I’ve been a writer since I was pretty small but the medium keeps changing.

When I was a kid I thought I was going to be a cartoonist. I drew a strip that was incredibly derivative of Calvin & Hobbes called “Kids Will Be Kids” that starred a girl and a full-sized mouse. That was my first stab at story.

After that, I wrote a really terrible play I never showed anyone, because I’d read that David Mamet thought writers should put their first play in a desk drawer and never show anyone. (I’m no longer 100% positive that it was David Mamet who said that-? But that seems like a thing he would do.)

After that I wrote lots and lots of poetry, which (again) sounded like whichever poet I was reading at the time. Somewhere there’s a very incriminating file full of my Richard Brautigan Lite. Then by college, I wrote a play that Won A Contest and Got A Production and that was really all the validation I needed.

I should say: I used to think that a writer changing their medium was a big deal. All the writers I looked up to seemed locked into a single category. Neil Simon and Stephen King had totally different jobs. So the idea of going from, like, comic strips to screenplays seemed either wildly ambitious or hopelessly flaky.

Now of course, medium-hopping is not just accepted but encouraged, and I think that’s amazing. Because– it will sound hokey– every time I get to tackle a new medium, I discover my ‘creative calling’ all over again. My latest love is writing for audio, which started around three years ago. It’s total renewal.

Where do you do your best work?

Now? Home. These days I float between a small, adjustable standing desk, and a massive recycled-foam beanbag that’s way too big for our room. All day I vacillate between the least comfortable and most comfortable places in the room. Like being in a spa and going from hot tub to ice bath, over and over.

I used to be a dedicated public-place writer: coffee shops, coworking spaces, temping at the Law Firm of So-and-So… But at some point, finding the right public space got too exhausting/ expensive. So I had to sit with myself and reckon with why writing at home was so hard. I could say, “Oh, the TV’s too much of a temptation,” or “I can’t keep out of the fridge,” or “I keep wandering away from my work to do laundry.” And to be clear I still have all of those problems on occasion.

But I think it came down to needing a mindset shift– I needed to start thinking about writing as the thing I do, not what I do on the side. And then suddenly I got less itchy writing at home.

Who are your great mentors, inspirations, or guides?

On a personal level, my forever mentor is Dr. Norm Johnson, professor (now emeritus) at Ithaca College. (You know this about me.) He introduced me to the truly weird, spiritual side of theatre: mask tradition and Laban and Lecoq and Lorca and Peter Brook and Per Brahe. I’m a total agnostic when it comes to God and religion but I still absolutely believe that masks have intrinsic personalities. Norm is like the Master Namer in the Earthsea books– with the ability to both see, and identify, someone’s true nature. Though that character, if I remember right, was pretty boring and Norm is elaborately the opposite.

Professionally, one of my favorite current gigs is being on the Spark and Fire podcast team for WaitWhat. The show lets us talk to the most incredible artists about how they created one iconic work. The first episode I worked on was with Isabel Allende. I got to meet her (via Zoom) and listen to her for 90 glorious minutes. I have never, ever learned so much in one sitting. Every new person we interview helps me shake the Etch-a-Sketch of my own process.

Finally, my partner in all things Nicholas Gray is the clearest-thinking creative I know. Conventional wisdom is that inherently creative thinkers can’t process things analytically and vice versa, but he really can do both. You know how cows have four stomachs? He has at least two different brains, I’m convinced. He’s a writer/director, and my daughter’s an actor now, so he’s been helping her rehearse for auditions and roles. I watch them find all this invisible magic between the lines. It blows me away. 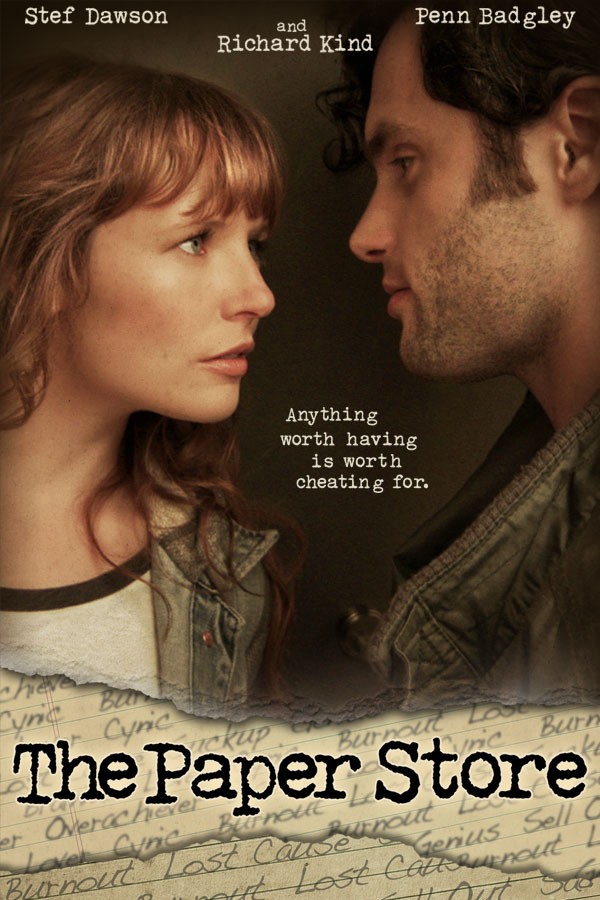