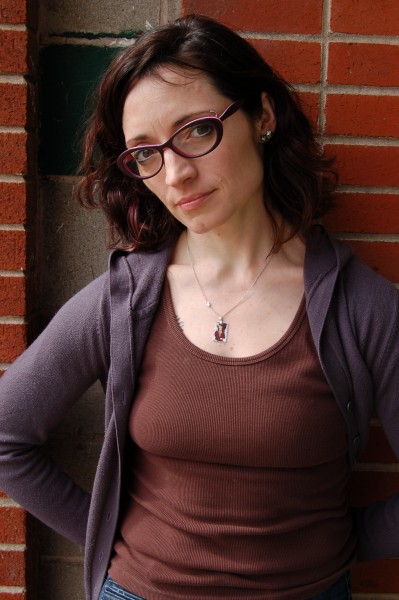 Plays for stage and screen. My latest film, The Paper Store, was adapted with creative- and life-partner Nicholas Gray from my play 516 [five sixteen]. It’s in post now. My latest play Two Front Teeth was most recently named a finalist for the National New Play Network showcase; before that it appeared at the Kitchen Dog Theater’s New Works festival in Dallas.

Broadly, my scripts are about good people who do very bad things. If you like morally commendable heroes who light the lamp for justice, my stuff may not be for you. And that’s ok. If, on the other hand, you’re someone who fucks things up in a ratio that you suspect is disproportionate to everyone else, you should find refuge in my cavalcade of fuckups.

For reasons both selfish and not. Selfishly: because I like to think I’m good at it, and I couldn’t quite bring myself to go through with that stripper audition back in 1999. We tend to gravitate towards our strengths. Plus, everyone has a need to explain themselves somehow. I do my explaining best in dialogue format, preferably after four or five revisions.

Unselfishly (I hope): to help articulate the shameful and the unsaid. For me, drama is about confession: illuminating the mistakes we make and grappling with the consequences. That “hamartia” business of Aristotle’s is still the most potent ingredient of any play. There is universality in vices (greed, jealousy, etc.) that simply unites us as humans. I mean, ok, there’s probably universality in aspects of human goodness too, but that’s why we put up with Upworthy. It’s a bit unsustainable for 90 minutes. Even the most saintly of protagonists need to face up to their shit. Even Dumbo had to learn to grow a pair.

As an audience member, I am most grateful when the creators of x-thing-I’m-watching a) let their characters be truly, deeply flawed, and b) call out our society somehow from a heretofore unstated angle. It’s why I’m a lifelong South Park fan and a so-emphatic-it’s-cliche The Wire devotee. So as an author I try to do that too: capture something deeply recognizable, achingly ineffable, and painfully human that makes a larger comment about where we are as a People. While making folks laugh, ideally.

Runs of TV shows sans commercials– HBO GO just tripled my ability to binge-watch amazingly written television without the painful interruption of people hawking Axe. Right now I’m most grateful for John Oliver and team, who are doing some of the deepest investigative reporting on air while being screamingly, almost unsustainably funny.

Plays and movies of course, though I swear I’m the laziest theatregoer ever these days. It’s what happens when you have no money and suddenly a night out costs $100 because there’s a relative stranger in your house feeding and bathing your kid for cash. I swear if I ever become an activist, it’ll be to get theaters to do Nanny Nights. They’ll be shocked– shocked, I tell you– at how their ticket sales jump.

I’ve also been a ravenous consumer of quality children’s books (sense a theme? My daughter’s four). The classics are great, of course, but there have been some really beautiful additions to the canon since I was a preschooler. Julia Donaldson was unknown to me until we found her book about a duckbill dinosaur who doesn’t fit in with his Tyrannosaurus family. Just awesome.

Katharine Clark Gray from Pew Fellowships in the Arts on Vimeo.