I’ve been thinking of good ways to use this beautiful blog Ashley at Little Leaf Design made for me. I’ve always been fascinated with creativity, so decided I’d take the opportunity to ask the creative people I admire some questions about what makes them tick.

My friend, Eric Wilder, has agreed to be my guinea pig. And maybe once the waters on the blog feel warm again, I’ll add a few updates of my own. 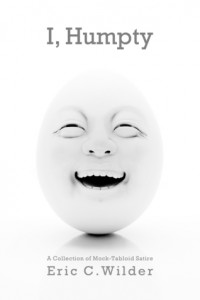 My latest personal creation is a collection of mock-tabloid satire I wrote called I, Humpty. The book marries the reality of everyday life with popular elements from fairytales, folklore, and nursery rhymes. Rejoice with the Beast as Belle grants him permission to convert the den into a man-cave. Learn why the third little pig grows weary of his live-in brothers. Follow the courtroom drama of Rumpelstiltskin’s indictment in the Straw-To-Gold Scandal. I, Humpty covers all of these stories and more.

I began writing in my late teens, sketching comic panels with friends after school. We were really into it. One friend and I went so far as to create our own studio out of a shed in his backyard during the middle of the summer. We didn’t account for the heat. Five minutes after moving in the drafting table, it had become a sauna. We didn’t go back the next day.

Following high school came college. Yeah, not a whole lot of story telling going on there.

The urge to write didn’t resurface until I was well into adulthood. I had an established career in advertising as an Art Director. In 2005 I was paired up with an illustrator on a campaign. While working together we quickly discovered a shared passion for comics. During “non-billable” hours we crafted our own stories.  There was no studio-shed makeover this time.

Micro-comics were entered into competitions. We placed in one, and got a solid review in another. We distributed to local bookstores. Had a few signings. It was a fun experience. The collaboration had gone on for three years when my wife had gotten a job opportunity out of state. Although I still keep in touch with him to this day, with the distance between us, the illustrator and I decided it was best to conclude our adventure.

Time passed. A couple of years later I found myself in a creative writing class, an extracurricular diversion. One evening my instructor challenged students to take well-known characters in the public domain and reinvent them. That week I had come up with an elaborate story, detailing on how Humpty Dumpty hadn’t merely fallen off the wall. Instead, he was a crazed thrill-seeking daredevil who jumped.

The following weekend my wife and I took a road trip. I spent the entire time chewing her ear off with other character origins. Hansel and Gretel. Snow White. Bigfoot. Every fairytale, folklore, and nursery rhyme character I could think of. I had found a new muse. I had to keep writing. Later, I published all these tales as a series of satirical news articles on a blog I called The Grimm Report.

I selected articles from The Grimm Report to create I, Humpty. Putting them into a book gave me an opportunity to expand on some ideas I had for the characters. I invite you to check out the results.

I’ll try just about anything once.

I love going out for tastings. Wine. Beer. Chocolate. It’s neat to be able to sample and compare on the spot.

I have a decent size personal library, probably larger than my wife would like it to be. And if I can get it signed, I will.

I also have a small collection of contemporary art and design objects.

My most prized collection is an assortment of posters, tear sheets, hand drawn images, and books signed by colleagues that I hung on the walls of my office. I learned early on in my career to cherish the good working relationships that you have.  When it comes to creativity, community is everything. There is nothing that I enjoy more than sharing ideas with others. 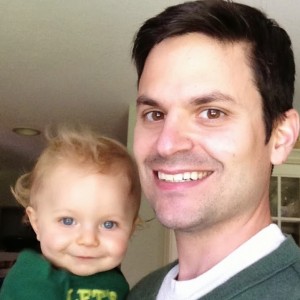