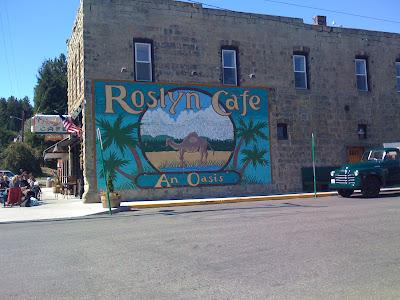 And if you don’t, I’m going to seriously start doubting your sensibilities.

Okay, not really. But come on? How can you not love Northern Exposure? The dialogue, the themes they so effortlessly work around, the understated genius of it all.

I don’t just watch Northern Exposure, I study it. I mean, I don’t spend days in a dark room watching and taking notes, but when I watch it, I do pay attention to detail more than I would with another show. And every time I watch an episode, I notice something new. The episodes (at least until the final season) were so carefully constructed. You can draw parallels between the character’s experiences in the different plot lines of every episode, but it never ever feels like a Lifetime Original Movie, (even though Janine Turner pretty much moved to Lifetimeland after leaving Cicely). It’s one of the few shows I loved as teenager that still holds up today (21 Jumpstreet, not so much).

So while we were in Seattle for the wedding of Lady and Mr. Lady, and I discovered that Roslyn, where they filmed Northern Exposure, was less than two hours away from the city, I set my mind on going. Roslyn served as the fictional Cicely, Alaska, a town “on the cusp of the new Alaskan Riviera.”

Of course we did later agree that Northern Exposure is sheer brilliance, while Sleepless in Seattle was, well, just a movie.

I was in HEAVEN in Roslyn. As a writer who loves my characters and stories so very much, found it moving. I know it’s weird, but it meant something to me. These writers had this vision — a story, characters, scene and setting and look and feel — and it all came together in this small town in the middle of nowhere, Washington as a sort of living manifestation of their ideas. Aside from all of that, it was just plain cool to be in the setting of a TV show I’ve been watching over and over again since 1990. 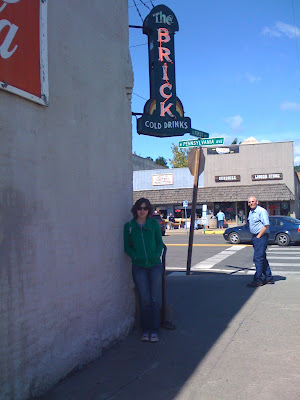 We ate lunch at The Brick. The exterior served as Holling’s bar on the show, but the interior was shot elsewhere. Aside from being a TVland icon, The Brick is also the oldest tavern in Washington State. There’s a trough of running water that runs under the bar stools and serves as a spittoon. I couldn’t help but wonder how many drunk people had accidentally stepped in it. The food was so so, and actually, better than I’d expected.

We walked around town a little. 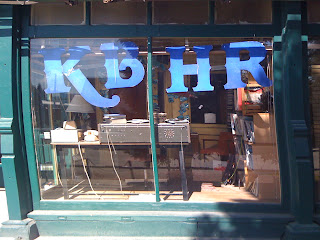 KBHR, the radio station from the show, is still set up with Chris in the Morning’s equipment in the window and Minnifield Communications Network still on the front door. 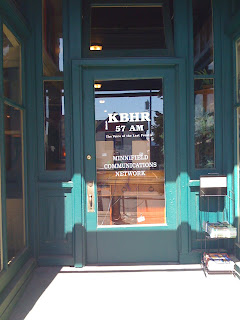 Joel’s office is the Cicely Gift Shop, and his name is still in the front window. 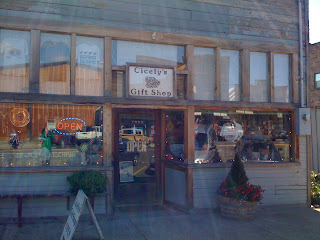 We didn’t go in, but it the shop is apparently still packed full of NE gear. 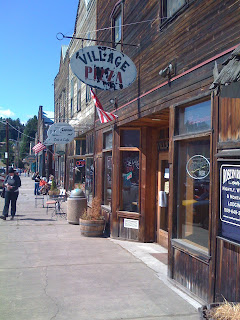 The original Village Pizza burned down, but has been rebuilt exactly as it was.

I suppose there’s something sad about the fact that it’s still reasonable for the town of Roslyn to sacrifice main street real estate as a shrine to a television show, but it was fun to see. And who knows how much longer it will be around. There’s an enormous luxury development (over 3,000 residences, according to Wikipedia) under construction in the neighboring area, and I’m guessing real estate prices in Roslyn will go up fast.

It was also fun to see another woman, about my age, running around town with her camera, taking pictures of the same things I was busy snapping. In an age of the crappiest of crappy reality television taking over the networks, it’s nice to know that there are other people out there who still appreciate Northern Exposure as much as I do.