You are here: Home / STELLA / Thunderbolts and lightning! 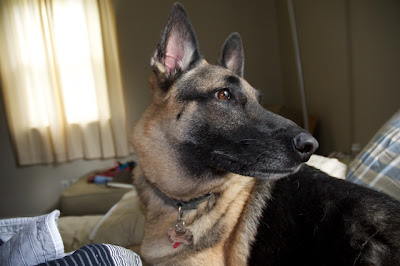 We had a bit of a storm last night. Flashes of lightning and low rumblings of thunder. Argo has no issue with storms. He’ll snore away blissfully during gail force winds and thunder that makes the windows rattle. I’ve never noticed Stella being particularly afraid of storms either, but something about the one last night did not make her a happy camper.
Stella usually sleeps on the floor with her head under the bed, but when I looked down to check on her last night, all I saw was her tail. She had crawled completely under the bed and when we tried to coax her out, we realized she was stuck. So stuck that J had to actually lift the bed up to give her room to get out.
After that, the no dogs on the bed rule was broken, and Stella spent the next hour or so cuddled up next to J until the storm stopped. I wish there were a way to talk her through her fears, but at least we can be there to give her good hugs and rescue her when she gets stuck. 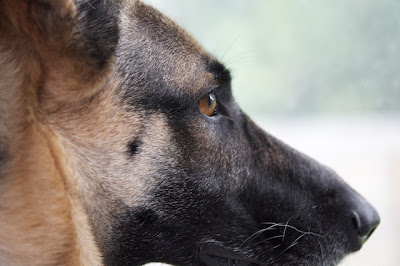