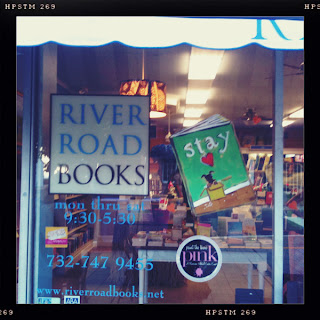 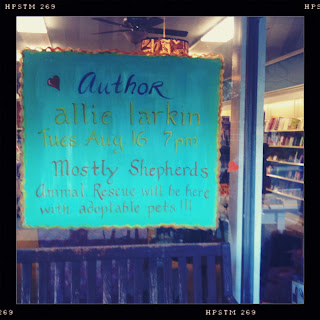 Okay, so I guess I shouldn’t promise to post something “tomorrow” ever again, because my version of tomorrow takes half a week, apparently.  But oh, my goodness, I loved doing the STAY event at River Road Books in Fair Haven, NJ.  I’m still smiling about it!  Such a great group of people and wonderful dogs!

River Road Books is a beautiful book store run by a great group of book loving ladies!  They’re such a vital and vibrant part of the community, offering a summer reading program for kids, writing workshops, and other events.  It’s nice to see an indie bookstore that is thriving!

I read from STAY, answered questions, and signed books.  Libby Cook from Mostly Shepherds talked about her amazing rescue organization, and showed off a few of the adoptable animals at Mostly Shepherds.

I love dogs in general, although I tend to be more of a big dog person, but I fell hard for Gidget.  She’s a Jack Russell/Pug mix (or “Jug”) who acts like a big dog in a twelve pound package.  She’s so sweet and funny and I had the hardest time resisting the urge to smuggle her home in my handbag.  Her listing is here, complete with an adorable video of her playing with a tennis ball that’s almost as big as her head.
Libby had Magnum, a super smart German Shepherd with a long stock coat (like Argo’s), do a few tricks for the crowd.  He’d only had two obedience classes before the event and he was already performing like a pro.  You can see a video of Magnum working on his obedience training on his listing here.  He was so calm, considering the crowd of people! 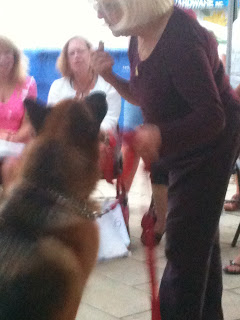 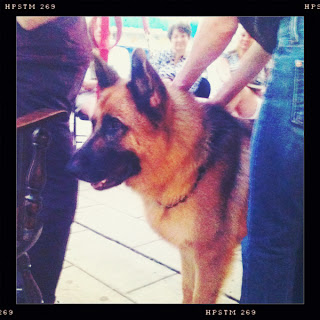 What she said has stuck with me, because it’s so true!  Positive reinforcement goes a long way with German Shepherds.  What they want most is to be a part of a pack.  When you love them and bond with them and make sure they know they belong with you, they will do everything they can to make you happy.  Giving them the opportunity to succeed goes a lot further than any kind of harsh correction ever could.  I think it’s also important to note that herding dogs are wired a little differently from other breeds, and even if you’re an experience dog owner, if you’ve never had a herding dog, doing research and talking to people with herding breed experience will be incredibly helpful.
It was so nice to spend time chatting with people who love books and German Shepherds as much as I do!  If you’re in the New Jersey area and are thinking about adopting a dog, get in touch with Libby and Mostly Shepherds.  She’s very mindful of matching the right owners to the right dog, and is a genuinely beautiful and inspiring person.  It was an honor to meet her.
There was also a kitty in attendance, but I believe she’s been adopted.  However, Mostly Shepherds has a few more adoptable cats listed.
Roberta Van Anda from the Rumson-Fair Haven Patch was there and posted about the event, so you can read more about it, and see more pictures here. 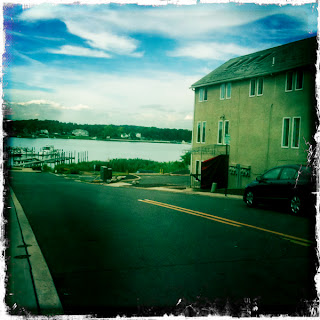 Before the event, I had a great little walk down memory lane Broad Street.  I lived in Red Bank, NJ (right next door to Fair Haven) one summer in the late nineties, and it was also just plain cool to have the opportunity to bum around downtown again.  I expected everything to be different. It’s been over a decade since my last visit, but Red Bank is still hopping.  So many of the local stores and restaurants I loved when I lived there are going strong, like The Bistro (where I once accidentally wore my brand new summer dress to dinner inside out), The Downtown (where one of my roommates and I played along with the band leader at a swing show and pretended to be Swedish Swing Dance Champions . . . long story*), and, this place: 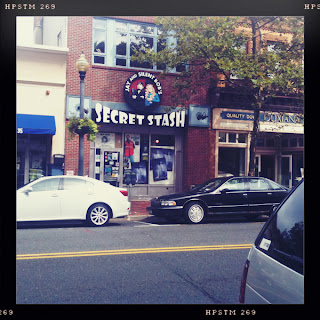 Now I’m back home, doing some writing, gearing up for my event in Batavia at Present Tense Books next week, and cuddling with my German Shepherds. 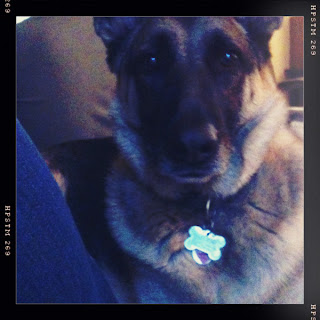 I was only gone for a night, but they get pretty clingy when I’ve been away.
Oh, and if you haven’t already entered, I’m giving away five copies of STAY plus gourmet dog cookies!

*No, actually, it’s not a long story. That’s pretty much the whole story right there.  A good time was had by all.