You are here: Home / Argo the wonder dog / No Dogs Were Harmed in the Making of This Photo

Well, I’ve finally got my author photos. It was a month long fiasco that ended with J taking my pictures (and doing a wonderful job). We wanted a few with Argo in the shot. Argo, however, wanted to chew on sticks, run around the park, and herd other dogs. After trying (and failing) for an hour to get him to sit nicely next to me and look at the camera, he flopped over and let out a huge sigh, like we were frustrating him and not the other way around. So I flopped over on him, joking around, and J snapped a picture. 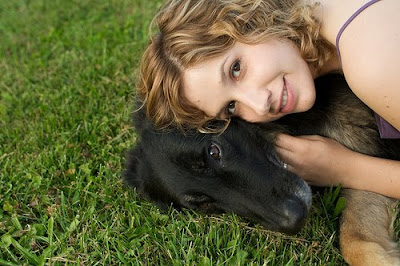 This will not be my author photo, since it kind of looks like I’m squishing my dog, and that doesn’t seem to be in the right spirit of things. It is, however, one of my favorite pictures of me and Args, and I’m very happy to have it.

I spent some time over the weekend playing around with J’s camera and taking some pictures of my beautiful dogs, like this one of Stella: 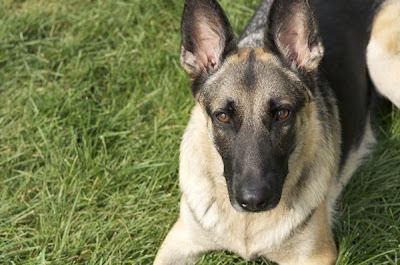 And this one of Argo: 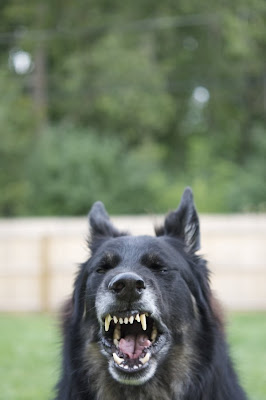 Um. . . okay, that one isn’t so much beautiful as hysterical and awful. I caught him mid-sneeze and it looks like the stuff nightmares are made of, doesn’t it?

In case you need to cleanse your visual palate now, here’s a photo of Argo cuddling with his Frisbee for good measure. 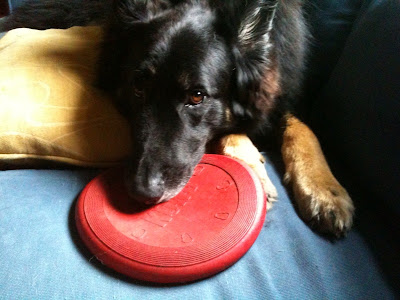