You are here: Home / life / I just like being blonde

I’m not a very girly girl. I don’t tend to leave the house without a little eyeliner and mascara, but that’s pretty much where it stops. I loathe shopping. I never get my nails done. And for several years getting a haircut meant holding my hair behind my back and lopping the ends off with a pair of kitchen scissors (it was really long and curly and didn’t much matter if it was a little uneven). I’m kind of low-maintenance, (although, if I’m being brutally honest, I’m probably “the worst kind.” )

I’ve celebrated this level of not doing things for me like it’s something honorable. Like not taking time for myself or affording myself little luxuries was some sort of badge I should wear proudly. I’m frugal. I’m noble. I’m hard working and no-frills and I don’t need all that silly foofaraw (how awesome is that word?). I am hard on myself, and I am my own worst critic. But I’m starting to realize the importance of being nice to myself and I’m starting to loosen my grip.

When I decided, recklessly, to go blonde back in November, it was totally out of character. I did it, telling myself It’s only hair and thinking I’d go back to brown as soon as my roots started showing. But I kept it up, going a little darker, but not back to brown. I made up weird excuses for it in my head, like I’ll see so-and-so in a month and she hasn’t seen me as a blonde and she’ll get a kick out of it, or, I should stay blonde for summer because brown dye will fade in the sun anyway.

But two weeks ago when I made an appointment to get my hair done, I had decided enough was enough. I was set to go back to brown. I asked my hairdresser what she thought, and she said, “You know, I like you blonde. It works with your skin tone.” And even though I know she stands to make more money keeping me blonde, it was like what she said gave me permission to like it. “I like me blonde too,” I said, and saying it out loud, as silly as it sounds, was a turning point for me.

I like being blonde. I like the way it works with my skin tone, and more importantly, I like the way it forces me to take care of me. Those roots start showing and eventually, they bug me enough to drag myself in to the salon. My amazing hairdresser and I have a great chat while she works her magic, the ladies at the front counter ooh and ah over how great my hair looks. I leave feeling better, and for the next two or three months, I smile when I catch my reflection in the mirror.

There is something restorative about a great haircut, one that you didn’t give yourself with a pair of kitchen scissors. There is something nice about having confidence in your appearance. I’ve had such a hard time admitting it, because it flies in the face of that weird puritanical pride I’ve been clinging to, but here it is: I am proudly, and unabashedly blonde. And I think I will be for awhile. 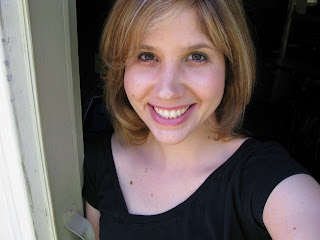