You are here: Home / books are awesome / Best Kept Secret by Amy Hatvany 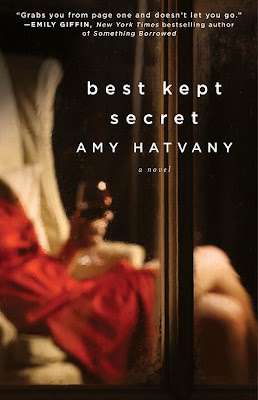 I had the pleasure of reading BEST KEPT SECRET by Amy Hatvany as an ARC last year and loved it so much that I wrote a blurb for it:

“Haunting, hopeful, and beautifully written. I couldn’t put this book down, and I can’t stop thinking about it.”

Here’s a description of the book:

Cadence didn’t sit down one night and decide that downing two bottles of wine was a brilliant idea.

Her drinking snuck up on her – as a way to sleep, to help her relax after a long day, to relieve some of the stress of the painful divorce that’s left her struggling to make ends meet with her five-year old son, Charlie.

It wasn’t always like this. Just a few years ago, Cadence seemed to have it all—a successful husband, an adorable son, and a promising career as a freelance journalist. But with the demise of her marriage, her carefully constructed life begins to spiral out of control. Suddenly she is all alone trying to juggle the demands of work and motherhood.

Logically, Cadence knows that she is drinking too much, and every day begins with renewed promises to herself that she will stop. But within a few hours, driven by something she doesn’t understand, she is reaching for the bottle – even when it means not playing with her son because she is too tired, or dropping him off at preschool late, again. And even when one calamitous night it means leaving him alone to pick up more wine at the grocery store. It’s only when her ex-husband shows up at her door to take Charlie away that Cadence realizes her best kept secret has been discovered….

To be completely honest, when I agreed to read it, I worried that a book about an alcoholic mother might be either preachy, or a complete and total downer, but I was curious, and figured I’d give it a try.  I’m so glad I did.  BEST KEPT SECRET is now one of my all-time favorite books.

Even though this subject matter is, of course, serious, BEST KEPT SECRET isn’t a downer, it’s inspiring. It’s about the way love, friendship, human spirit, and sheer will, can inspire and empower us to change the hardest and darkest things about ourselves. It’s unflinchingly honest without any hint of preachiness or agenda.

In other words: read it. Amy’s writing is fearless, and what she has done with this book is nothing short of amazing. 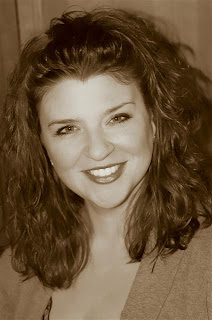 BEST KEPT SECRET hit shelves yesterday, and Amy was so kind to answer some questions for me:

1. BEST KEPT SECRET is an incredible book, Amy. It’s impossible to put down, because all the characters feel so authentic, and the honesty of Cadence, the main character, is absolutely stunning. It must have taken an immense amount of courage as a writer to go to those places with your characters. Where did you find your courage?
You are very kind, Allie! Honestly, I didn’t feel very courageous as I wrote this story. I felt shaky and full of fear. But I believed the message I wanted to convey through Cadence’s experiences, the greater truth I hoped I could portray, was more important than any trepidation on my part. I revised the book more times than I care to admit, dancing around the really ugly places drinking drags a person into – both emotionally and behaviorally. I wanted to focus on the redemption, the solution to the problem, because in the end, that is what I hope readers will want for Cadence. Then, my very insightful editor encouraged me to show more moments portraying what it feels like to spiral into such dark behavior so the reader could root for Cadence to find that redemption. This was the best advice she could have given me, so from that point on, I dug deep, bled out as much emotional truth as I could manage, and ignored my fears.

2. What was the hardest part of writing this book?

I think the most challenging aspect of the story was developing Cadence as an empathetic character, a woman who at her core, loves her child more than anything else, and yet slowly descends into the grips of this horrifying addiction. It was important for me to show her vulnerabilities, and for the reader to hopefully understand that her drinking was simply a behavior she used to soothe deeper inner turmoil, the same way a woman with an eating disorder uses food (either controlling or bingeing on it) to manage her emotional strife. She didn’t understand how easily she’d develop a physical tolerance to alcohol, and how emotionally dependent she’d become on the temporary “escape” alcohol gave her from her pain.

Don’t get me wrong. I didn’t want to absolve her of anything – she is accountable for her behavior – but I also I believe that there is a tendency in our culture to look at mothers who struggle with addiction with enormous judgment and disdain. I think it’s easy to see a woman like Cadence and be adamant that we would never be like her. So the other difficult task I faced was trying to show the reader that in many ways they are like Cadence, even if they never pick up a drink. So many women struggle with feelings of shame and inadequacy, and while we all cope with them in different ways, I wanted Cadence to embody our society’s typically accomplished, professional woman, trying to be and have it “all” in her life. I wanted to show what happens to her when she is blindsided by something she can’t fix or figure out on her own, and how difficult it is to ask for help when she was conditioned to be totally self-reliant. People wonder how a soccer mom ends up drunk, driving the wrong way on the freeway and kills herself and/or others, could have kept her problem hidden. BEST KEPT SECRET is my attempt to give them an honest answer.

3. You’ve been very open about your own past struggles with alcohol. How did you come to the decision to talk publicly about this?

I wasn’t always so open! In the beginning, I was too filled with shame and self-disgust to talk about it, even with people who understood. It took time for me to work up the courage to speak the truth about my experiences, and now, I have chosen to be forthright because I believe that the only way to erase the painful stigma assigned to women who are mothers and are in recovery is to hold my head high and be honest about what I went through to become the woman I am today.

4. What do you hope readers take away from BEST KEPT SECRET?

Overall, I hope that women, especially, are able to see the similarities they share with Cadence, rather than the differences. I hope that the story widens the readers’ understanding and compassion, and perhaps makes them re-evaluate any preconceptions they might hold about women who suffer from alcoholism. I also hope that any woman in the throes of active addiction sees herself in Cadence’s story and finds the courage it takes to reach out for help. For me, that’s the inherent beauty of books – each person will walk away with something different from a story. My hope as an author is that readers will find a need met, perhaps one they weren’t aware they had to fill.

Mostly, I sit at the computer, cross my fingers, and hope for the best! Seriously, though, I tend to get an idea of a challenge a character is facing – either literally or figuratively. Then, I start thinking about where I’d like the character to end up after working through different channels to overcome that challenge. I’m not really an outliner – I have Point “A” and Point “Z” figured out – beginning and end – but what’s going to take place to get the characters where I need them to be is always a surprise. I like to sit down and ask them, “Okay, folks, what are we going to do today?” I do that until I have a cruddy first draft and then I revise. And revise some more. And a few more times after that, just for kicks!

Well, I’m very happy to say that my next novel, OUTSIDE THE LINES, is already complete, and will be published by Atria in February, 2012. It is the story of a woman searching for her homeless and mentally ill father, whom she has been estranged from for twenty years. I wrote it in alternating viewpoints of both the daughter and father, past and present – which was a new approach for me as a writer. Now, I’m hard at work on my fifth novel. After that, who knows?!? I try to live in the moment as much as possible, and right now, in this particular moment, I’m an incredibly happy, grateful girl.