Plays, mostly. Or to be more specific, scripts — I usually need a lot of help getting the scripts turned into full productions of plays. From about 2000 until about 2013, I co-ran a theatre company in New York called Nosedive Productions with our mutual pal Pete Boisvert. Through Nosedive, we staged several of my plays, which was a great deal of fun. I’ve recently stepped away from producing so I can just be a playwright for a little while. That may change in the future, but for now, I really like just being the chef (rather than the chef, the server, the maître-d’ and the busboy).

Most recently, my play, Monkeys, was staged in Chicago by the theatre company Random Acts and has been published by Chicago Drama Works.

I mean, I guess I ultimately create because…well, what else am I going to do?

Wow. Lots of stuff, from TV to movies to podcasts to music to Snickers bars. My doctor would very much like me to cut back. On the Snickers bars, I mean. I don’t think he cares one bit about my TV binge-watching. 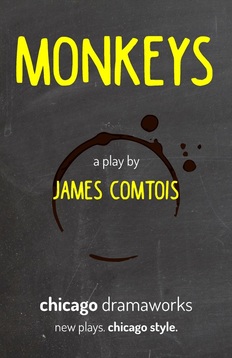